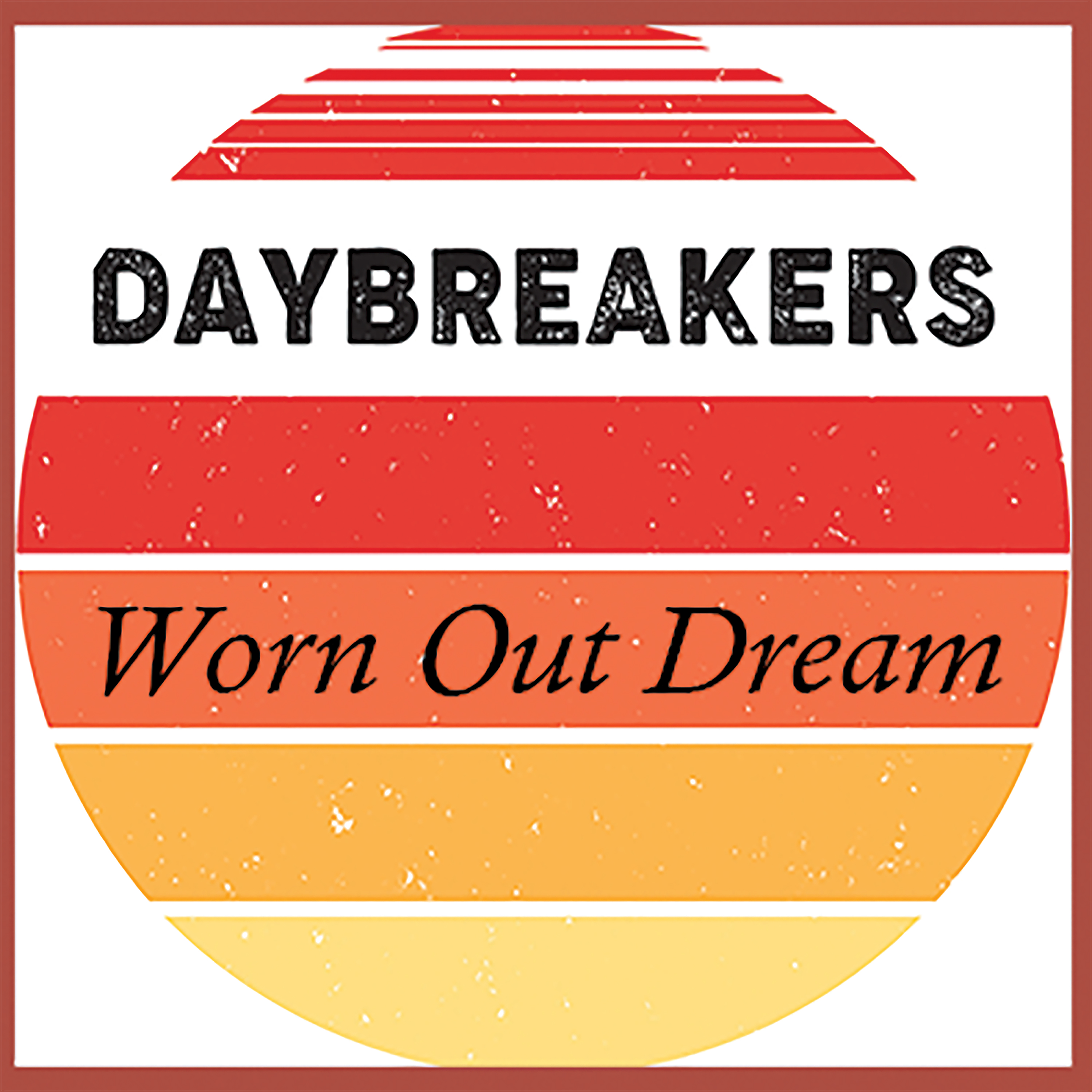 “Nominated for 'Blues Act of the Year ' by the New England Music Awards in 2021!”

“The 2019 album, Worn Out Dream, reached the top 200 on the Americana Music Association (AMA) charts, and #21 on the Roots Music Report Americana Country Chart!”

Steadily climbing the ranks of New England's roots rock and roll scene, the DayBreakers hit new peaks in 2019 and 2020.

In August of 2019, the band released their second full length album, Worn Out Dream, a concept album that charted in the top 200 on the Americana Music Association (AMA) charts and garnered airplay on radio stations around the country.

Chart success led to a nomination for Rock Act of the Year from the New England Music Awards, the second straight nomination for the band (2018 and 2019).

Touring locally to support the record's release, the band played some of their most high-profile shows, including a January 2020 set opening for Boston blues legend James Montgomery Band, and an appearance at Boggestock Music Festival in Millis, Mass. In addition, the band opened shows for nationally touring acts The High Divers, Reverend Peyton's Big Damn Band, and Christian Lopez.

From 2016-2018, the band opened three shows at Indian Ranch in Webster, Mass., supporting The Beach Boys, Three Dog Night, and Bret Michaels. They have also shared the stage with local roots-rock mainstays: Entrain, The Silks, Frank Viele, Six Fox Whiskey, and the Peacheaters

Fueled by two songwriters with contrasting approaches, the DayBreakers craft their distinct sound through a blend of folk rock melodies, blues guitar muscle and rock and roll grit.

Kyle Murphy's (vocals, guitar) songwriting draws from a combination of jazz and heartland rock, fusing the complex chord changes of bebop with the boot stomping choruses of Seger and Mellencamp.

Matt Schairer's (bass) songwriting is tied tighter to country and folk, with an emphasis on storytelling akin to the Drive By Truckers and Springsteen.

Brian Ownens of Metronome Magazine:
"Blurring the lines between country and rowdy rock and roll, the DayBreakers serve up a notable jangle that's been lacking in most modern music.

Bill Copeland Music:
"The Daybreakers debut CD is a collection of fun, gritty, blues rock, folk-rock, and country rock that makes a good companion to any drive down the highway."
Read full review, here.

Mayer Danzig of Twangville.com:
"Their songs are centered around some mighty fine pop hooks that they deliver with plenty of electric guitar and vocal harmonies."
Read full review, here.